Nosework Qs and catching up

Tonight, Voodoo earned 2 more Level 2 nosework Qs!  So now he is only 1 Q away from each title so far in level 1 and level 2. 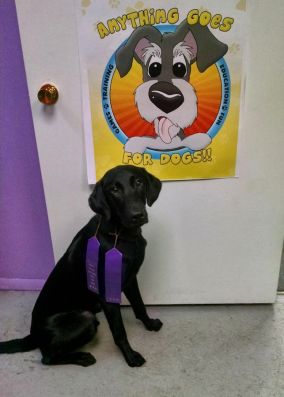 I have joined a “52 weeks of dogs” photo group. Each week a new challenge is posted and the photographers in the group have to try to take a photo of their dog that meets the theme. 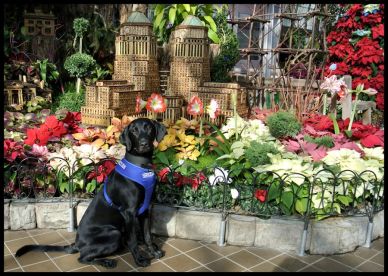 Week 2- Faceless portrait that communicates a message (“Mom, this hat isn’t going to work for me”) 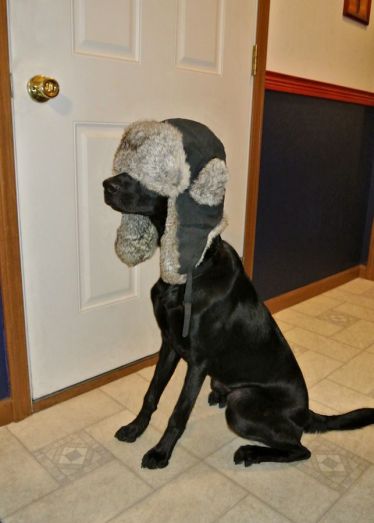 Week 3- Photo that tells a story

Taken on MLK day with a statue of James Bradley in Covington, KY. I had a few different thoughts on this challenge, but the fact that it is MLK day swayed me to use this statue.
I wasn’t certain what pose I would choose, but I think this one tells the most “story”. I got another from a different perspective that I also really like, but don’t feel it has as much “story” in it (also below).
I think the chosen photo speaks of the desire of many dogs to connect with humans, while the humans are too busy or not really there for the dog. I used selective color and the leading lines to draw attention to subjects. 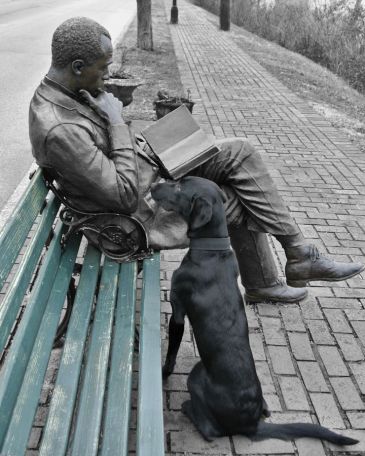 In this one, Voodoo was listening/watching the “waves” hit the shore from a barge that passed by. 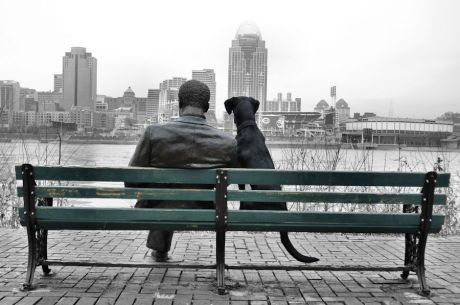 Trial 1- Only 1 dog out of about 8 qualified and even when I pointed out to him which containers had odor, he gave ZERO indication that there was any odor. So I’m wondering if the odor used was super light, because one of the containers was a little pail with just crinkled paper covering the tin. And he stuck his nose right into it a few times, but gave no indication at all. It was the same Judge that we had for his first level 1 run when only 1 dog out of several qualified.

Trial 2- Thankfully, several of the dogs qualified in Trial 2, including Voodoo who found 2 hides in 1:35. It was a different Judge, so different Q-tips. When I thought he had found the second hide, I asked him “is that it” thinking he might give me a stronger indication and instead he ran back to the first hide (which had paid off for him recently)! LOL But I was able to get him to come back and indicate on the second hide as well.

If anyone is on facebook, you can get more timely updates on Voodoo by visiting his page: