From June 7th, 2016 Voodoo had a field day today! Literally 🙂 We went to a mock field trial day (gun dog trial) and he had a blast! And BIG NEWS… He not only swam for the first time since I got him, he retrieved a full size bumper from the water too! And, I got it on video!! Check it out here:

He met and played with several dogs and people, heard LOTS of gun shots that didn’t phase him in the slightest, sniffed and chewed on some dead ducks, watched dogs doing field work, chilled out during a REALLY heavy downpour, rode on an ATV, and I was able to get some (dead) ducks for his future training. I really enjoyed the day and saw lots of people I already knew and made some new friends as well. Excited to get started on his field work training. There’s a Working Certificate titling opportunity that will happen when he’s almost 7 mo. old 🙂

“Waiting in line”. And playing with Hannah 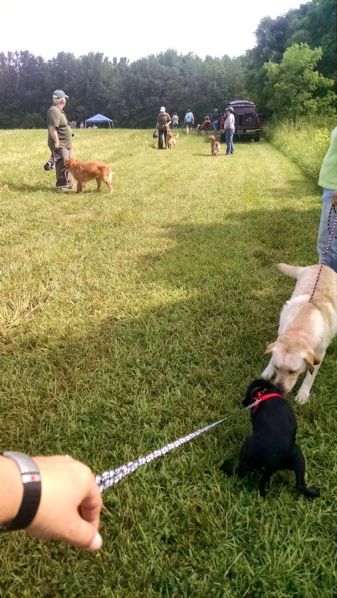 Close to the action. 2 gunner stations visible in this photo (in the distance) with the guy in white waiting for his turn. 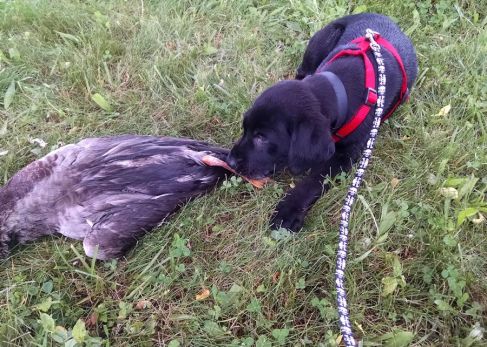 He preferred chomping on the beak! 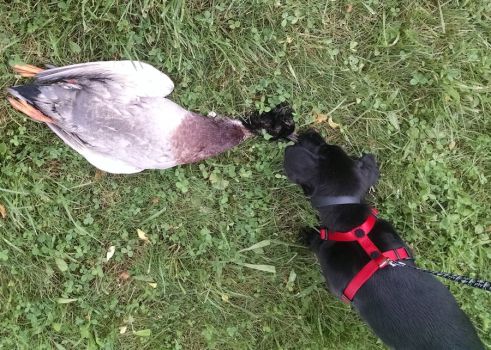 Riding on the ATV 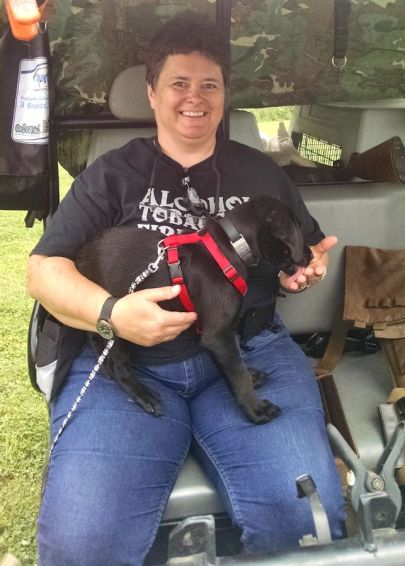 Taking his prize back to the tent 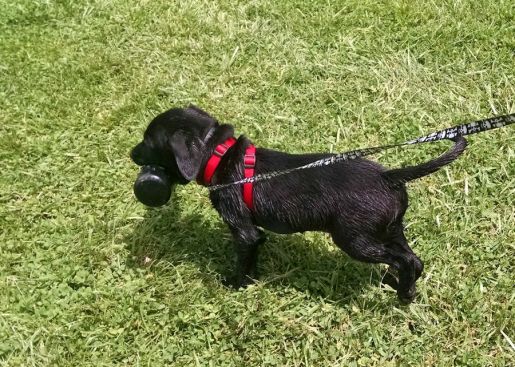 Chilling out under the pop-up tent during a heavy, windy downpour

Playing with a baby Doxie 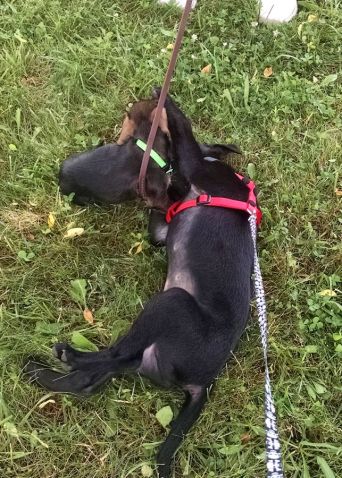