Voodoo attended his first obedience Show n’ Go today and did a fantastic job!  He mostly ignored the other dogs (except when his nylon leash slipped out of my hand right after we came in the building) and his performance in the ring was more than I could have hoped for! He was attentive and able to perform just like he does at home.

After we dropped off Dazzle at home and I ate lunch, Voodoo and I went to Rising Sun to see the finals of the power boat races. There were a few weather delays and occasional showers (& it was hot and humid in the sun), but it wasn’t too bad sitting under a big tree in the shade when the sun was out and out of the rain when the showers passed through.

As expected, he was totally nphased by the event, loud boats, announcer’s speakers, etc. 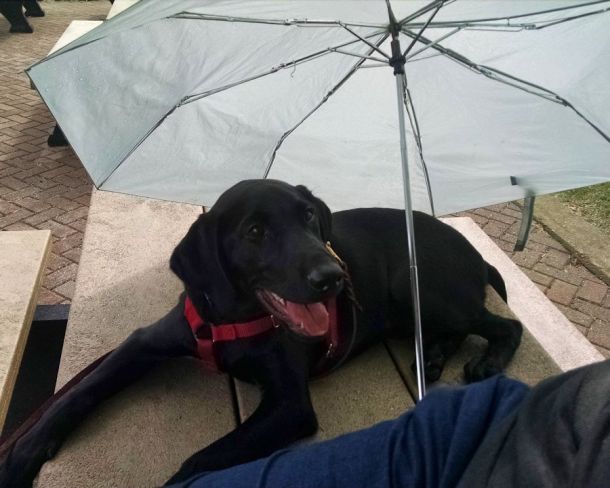 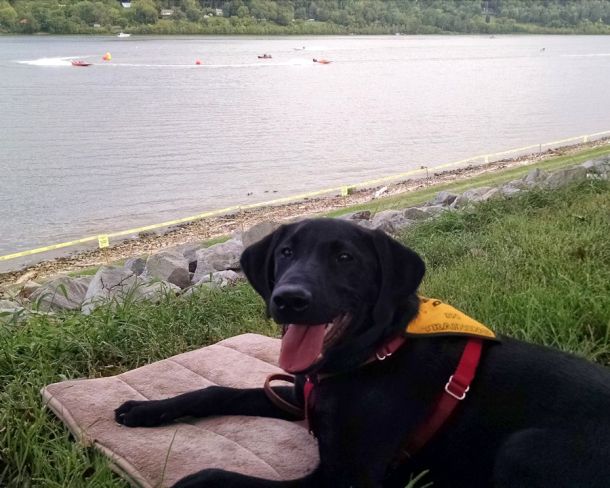 Always ready to schmooze with the ladies 🙂 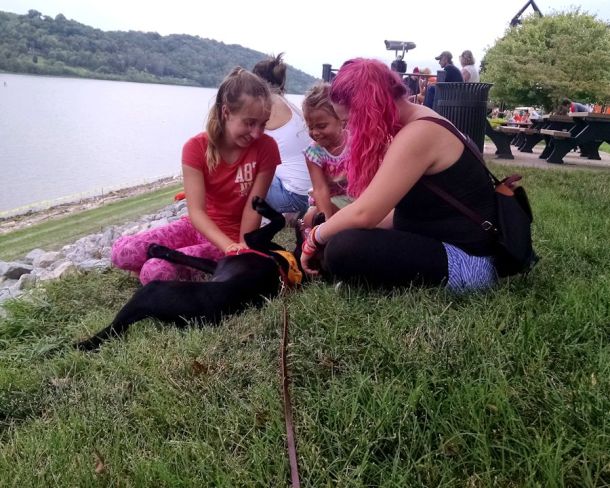 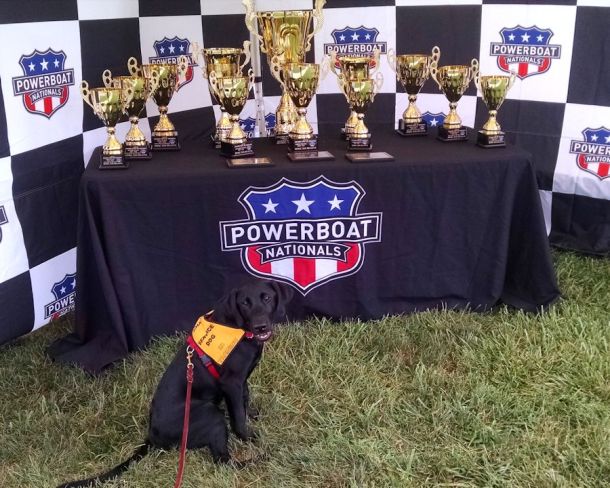 On the way home, we stopped at the Lawrenceburg casino and I could tell that was a little bit overwhelming at first, but he quickly settled in and did great. It might have been the strong cig smoke odor, which we haven’t encountered anywhere else, or just the rest of the environment (flashing lights, bells, buzzers, low light levels, etc.). It’s overwhelming for humans when you first walk in, so I can understand his concern at the start. We went to a relatively quiet place by the card games for a few minutes and then he was ready to go explore. We made a few circuits of both levels and then headed home.

Lots of clueless people about service dog etiquette at the casino though (not staff, who were great). More than anywhere else I have visited, so many people were trying to distract him and pet him, even while I was feeding him treats for ignoring them. Also, the floor must be really disgusting because Voodoo was very distracted by lots of odors and that’s unusual for him. It wasn’t stress related sniffing, he kept stopping suddenly or doing a whiplash turn trying to lick various places on the floor – ewww! I didn’t get any photos/video because I wasn’t sure if it was allowed and because I wanted my full concentration on him and the adoring public.

You would THINK he should be tired after a day like that!  I was HOPING 🙂 But he’s currently tugging on and playing with the rope toy I’m holding (that he brought me and shoved in my lap). If I stop playing, he makes his “I’m bored” moans. Might have to go outside and throw the glow in the dark ball. LOL

This photo is from a few days ago when he was laying by me on the couch. I like the lighting in it. He was watching Dazzle who was looking out the front window. 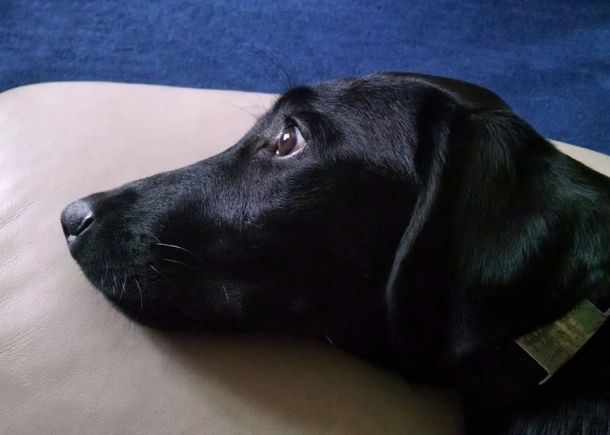