6-8-16 Voodoo had a visit from Earl. Mostly Earl wanted to sniff and mark the yard and Voodoo was happy to follow him around 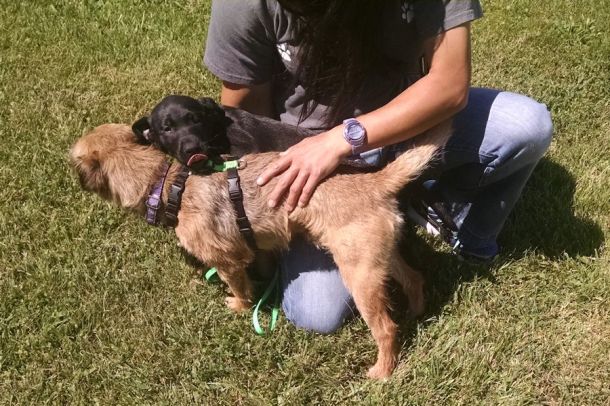 We visited Newport on the Levee in the afternoon. Voodoo was definitely tired after we wandered around at his pace and saw lots of people, some odd squeaking motorized toys, people in “bubbles” playing in the water, a small train taking people on a short trip along the sidewalks, fountains, the river, people setting up tents and rides for a festival taking place this weekend, and more! 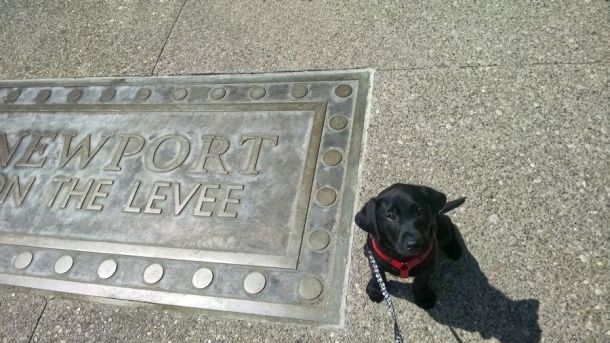 He looks so happy sitting at the entrance to the “Purple People Bridge”, but we didn’t walk along that since he was pretty tired just getting from the car, through the crowds and to this point.  I carried him to a shady bench where he rested and watched the action. 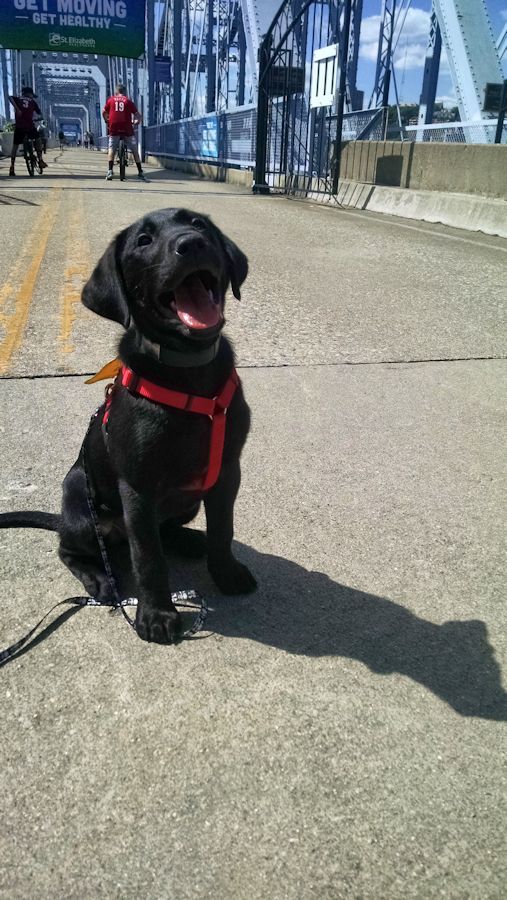 I took him in the bathroom to get him a drink and he was surprised to see another puppy in there 🙂 It was hard to play with and after one sniff he was no longer interested.

I tried to get him to pee in the planter since it was the only surface not paved as a sidewalk, but he didn’t want to “go”. 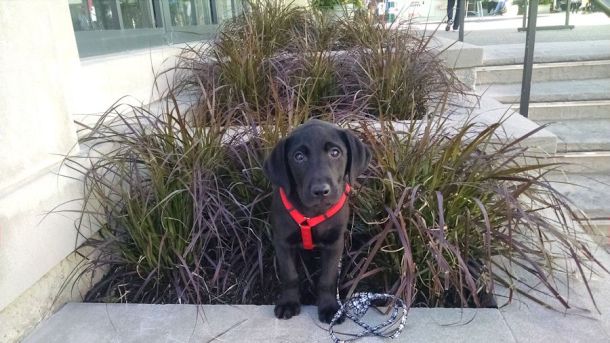 He was kind of fascinated by this fountain. Not the water shooting up, but the drops hitting the surface 🙂 He got wet in the spray and I’m sure it helped him cool off.

He was also distracted by this pidgeon that flew right past his head and landed in the parking lot.  I let him watch it awhile and when he turned to look at me, I clicked and gave him a treat and he was no longer interested in the pidgeon.

6-9-16 DAZZLE PLAYED WITH VOODOO!! This was the first time they played together. We happened to be in Home Depot at the time, waiting for someone to help at the saw and the dogs got bored 🙂

He and Desi had fun playing a gentle game of tug

Video of the three of them playing: