Voodoo had an amazing weekend! Over the 3 day event, he was entered in 11 trials and qualified in all but 2 of them (and 1 of those NQ was completely my fault- he would have had another really high score)!

I know I have said it several times before, but this pup just blows me away! He was just as eager and precise in his last run as he was in the first. Only issue was that his alert indication for nosework went from a strong nose touch (what we trained) to the barking alert (what he WANTS his indication behavior to be) as we did the 6 scent detection runs. And the one NQ that was all him was when he lied about the location of odor in his first level 3 run, so then I kept second guessing him and he got frustrated. But I am so thrilled with how wonderful he did! 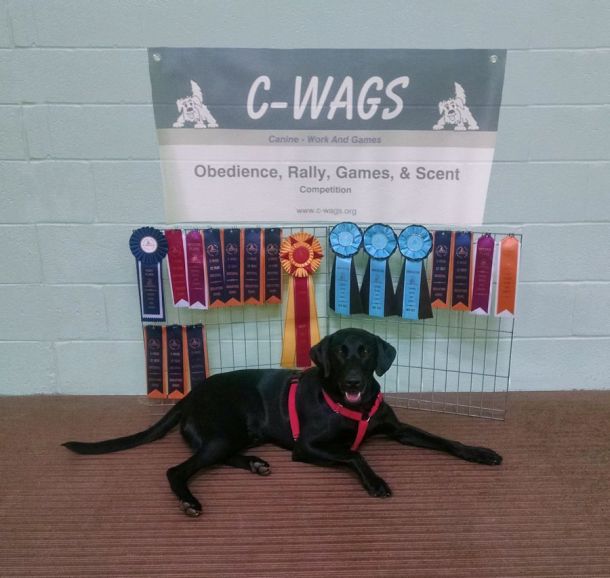